In the pursuit of utmost purity and potency combined with mouth-watering flavor and deeply therapeutic effects, solventless extractors producing premium grade hash rosin reside at the forefront of cannabis industry achievement. What makes hash rosin so special is its unadulterated representation of the cannabis plant’s most valued qualities. It is the concentrated essence of the healing power of cannabis. And with the right material, equipment, and process, anyone can consistently craft this coveted cannabis extract.

Bubble hash, or ice water hash as it’s also called, is itself a form of solventless cannabis concentrate, made by mixing together ice water and cannabis flowers then filtering out the trichome heads that are floating around the slurry with a series of mesh screen bags. These bubble hash filter bags, also called bubble hash washing bags, are made with screens of varying sizes measuring from 25 microns to 220 micron pore sizes. Learn how to wash hash in our Guide To Washing Bubble Hash.

While ice water hash is known as the purest and highest quality form of hash, dry sift hash is the other form of hash that can deliver excellent results when pressed for rosin. In contrast to bubble hash that’s made through ice water extraction, dry sift is made by turning cannabis material over a series of mesh screens to filter out trichomes and separate out the plant contaminant. Learn more about dry sift hash and how to make it in our Ultimate Guide to Dry Sift.

Hash can be pressed for rosin in a similar way as cannabis flowers, but with some key variations. For one, hash rosin requires finer rosin filter bags in the 15-37 micron size. Since there is less plant contaminant like leftover fats and lipids present in bubble hash, we need a filter with smaller pore size to remove what little contaminant does exist. On the other hand, cannabis flowers can be pressed with rosin filter bags in the 50-90 micron sizes for an efficient extraction.

Other variables like extraction temperature and pressure should be set specifically for hash rosin. Read all about the recommended extraction specs for hash rosin in our Pressing Hash Rosin Starter Guide.

Once you’re familiar with the basics, the following list of best tips for pressing hash rosin can help refine your process.

1. Fresh frozen material will yield the lightest color hash rosin
Oxidation leads to darker trichomes, which leads to darker. While air cured buds undergo quick oxidation due to exposure to warmer temperatures and the open air, fresh frozen material is sealed in air-tight plastic bags and kept below freezing. This slows down the rate of oxidation and keeps a lighter color. Learn more about different starting material for hash in our article about Fresh Frozen vs Air Dried Cannabis.

2. Color is not necessarily the number one indicator of quality
While color can help us piece together the origin story of hash rosin, it’s not necessarily the number one indicator of overall quality. Sometimes, lighter color is achieved by harvesting premature cannabis flowers, which contain trichomes that haven’t been fully developed. These immature trichomes are much lighter than mature trichomes, and also less potent.

3. Double bag
When pressing quality hash there will be a massive flow of rosin pouring through the rosin filter bags. This outflow of rosin puts a lot of pressure on the bags, so double bagging is recommended. A 37 micron bag on the inside surrounded by a 120 or 160 micron bag on the outside is a common approach. Learn more in our article on How To Double Bag Your Rosin Bags. 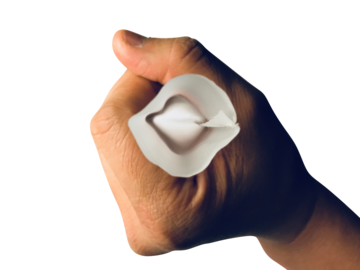 4. Low and slow
Use temperatures on the low end of the scale and increase pressure slowly during extraction. 160 degrees Fahrenheit is a good temp to start. After preheating the hash between the rosin plates for about 30 seconds without exerting any pressure (just gently touching the hash to warm it), slowly begin to apply pressure. Increase pressure as you see the rosin begin to flow out of the bag, reaching maximum pressure at the end of the press. Continue pressing only until the rosin stops visibly flowing from the material.

5. Pre-press
Pre-pressing hash in a pre-press mold gets mixed reactions in the rosin community, but it’s something we recommend. Pre-pressing helps fully fill the edges and corners of the rosin bag, ensuring that there aren’t any gaps in or around the hash for rosin to become trapped. With a prepress you’re ensuring that the hash is uniform and consistent inside the filter bag, leading to the ideal rosin flow during extraction.

6. Give the hash a couple of stamps while preheating
After pre-pressing the hash in a pre-press mold, giving it a good preheat between the rosin plates and a couple of quick “stamps” is also helpful. These light stamps further prime the material for extraction, with a combination of heat and light pressure. Stamping is a quick, light press, then a quick release followed by another quick press. 8. Cold cure for badder, warm cure for jam
Hash rosin really comes to life after it’s been cured. There are different ways to cure rosin, either with a cold cure or a warm cure. Cold curing lets hash rosin achieve a firm and relatively homogeneous consistency, similar to a cake batter. This consistency is known as “badder”. The other main consistency that people love is rosin jam, or sauce. This is achieved with a warm cure.

9. Minimize moisture content by ensuring hash is fully dry before pressing
Unlike pressing flowers for rosin, hash should be totally dry before being pressed. Flowers are good to press between 60-65% relative humidity, but hash should be a lot drier. When hash reaches the consistency of grains of sand that don’t stick together, it’s the perfect dryness for pressing.

What additional tips do you have for making the best hash rosin? Let us know in the comments!

What is stamping?
Stamping is applying quick, light presses onto the material between heated rosin plates. Apply pressure, release, then apply pressure again in rapid sequence.

What causes the great taste in hash rosin?
The terpenes in rosin are what gives the rosin its great taste. Hash rosin contains high concentrations of terpenes, especially if it’s hash made from fresh frozen material.

What is oxidation?
Oxidation is a chemical transformation that occurs when an oxygen molecule is added to an existing compound. Oxidation degrades cannabis, though it is a natural occurrence that will happen over time.

Is rosin badder superior to rosin jam?
No, one is not better than the other. It’s all about which rosin consistency you prefer. Cold curing can make badder and warm curing can make jam.

Hi Guys,
Love our new newsletter. Nicely informative. Those new rosin bags are sweet as well. Too we can’t grow in Arkansas. If we could I would surely buy the 8-bag set. If & when that day ever comes I know where to get mine. With that being said I’ve bought your plates & love them. The only thing I can press with them in Arkansas currently is Kief & Flower. These items are very expensive to play with here. Kief retails for $30/g & Flower can reach up to $450./oz. So if I mess up it will cost me dearly. That being said, what I do press prom those two sources is lovely. I need to improve my technique on the quantity used for pressing. I used 3.5 g of kief & maybe got a little under a half gram. I noticed when I decreased heat on the plates from 190 to 165, I didn’t get much back. What would be most helpful is if you guys could put out some youtube videos of your techniques or a recipe book of sorts for amounts to load on any particular bag size or shape, such as the limited edition puck bag. I bought the prepress puck mold & also a 37-micron round puck bag to work with it. I used 3.5g of Kief & pressed it into a puck or disk with a rubber assited mallet, let it rest in the mold for a day, then placed it into the center of the round puck bag. Now the bag is much bigger then the puck I just mad, so I centered it, then followed chart on bag package& tucked the opening under. After pressing I noticed a lot of rosin in the corners of the bag. Not the hardest of ultimate problems to solve since I also own my own ethanol closed loop extractor(clapping hands) Why thank you very much. Anyways I can reclaim the lost trapped in the bags, but I would really enjoy learning that I am loading them properly & that I am using enough or the correct amounts to load & am I placing the puck correctly by centering it befor press or sould I push the puck th the circular edge of the bag?
Much love,
Shane Vincek….Hi Nancy!!!